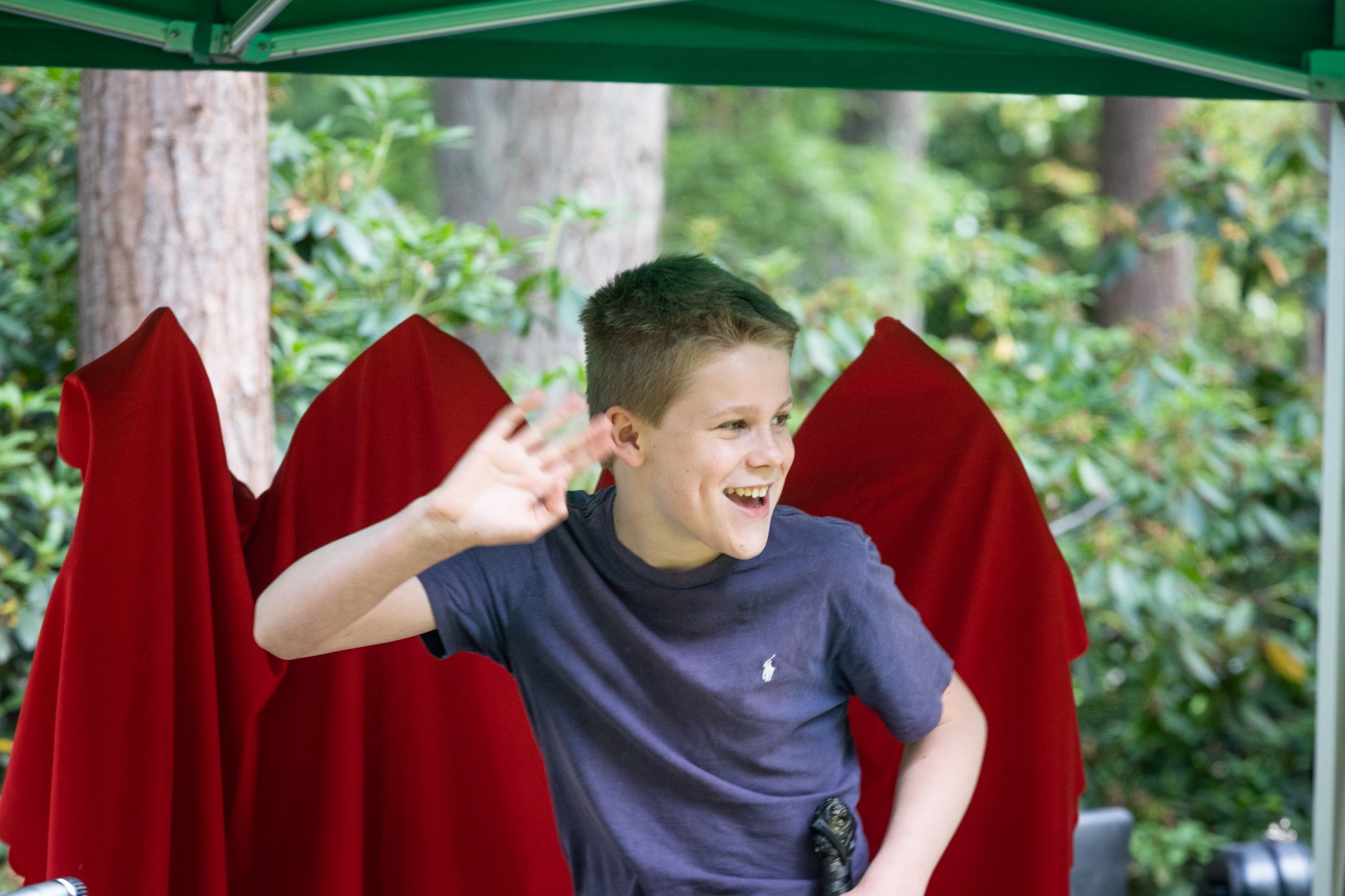 On Saturday 2nd July, Undershaw students took to the stage at Sundial to showcase their talents. #teamundershaw came together for a sunny afternoon to celebrate every aspect of our wonderful community. The Music and Drama departments have been operating at full tilt for months readying themselves for this unique showcase – and it didn’t disappoint. 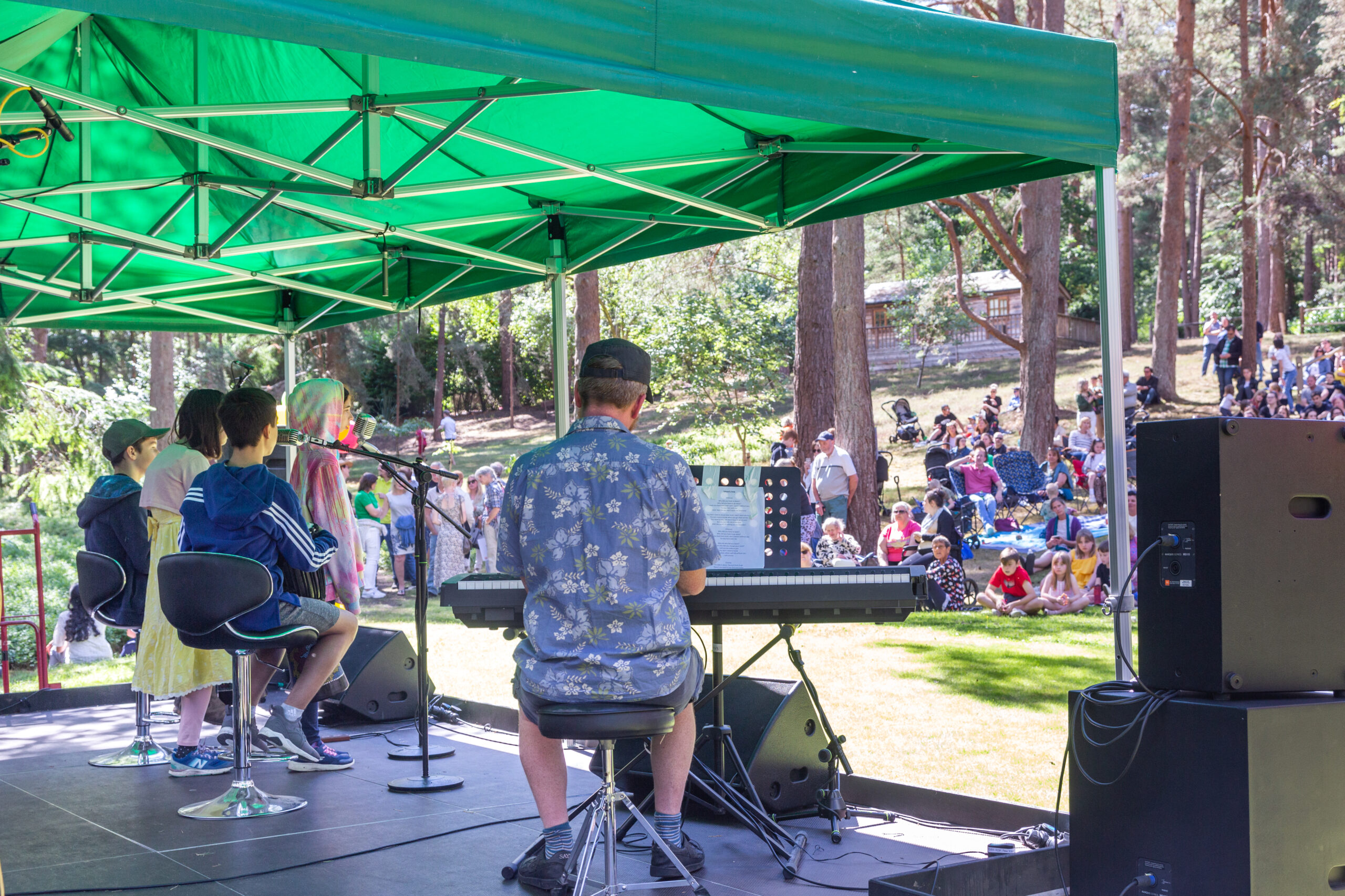 Each musical performance on the ‘hot-off-the-press’ Sundial Album was performed at expert level and the actors took to the stage for a wonderful rendition of The Scottish Play. What an afternoon, all interspersed by food, drink, fairground stalls, mini-Teslas, pony rides, a climbing wall, laser tag, arts and crafts, ice creams, and an all-round family festival atmosphere.

We had worked so hard in the build-up by canvassing local businesses, large and small, for raffle prizes. The Post 16 students had taken to the pavements of local towns and villages to tell everyone about Undershaw, our work and our current fundraising projects. Tickets had been sold, prizes collated and numbered and the Undershaw stall provided quite the talking point as people wandered by to find out more and actively discussed opportunities to help us. What a team effort!

”I speak on behalf of Undershaw (staff, students and families) when I say we feel very lucky to be supported by the COINS Foundation in so many ways. The most recent Sundial Festival was a perfect example of this. The festival gives Undershaw the opportunity to showcase not only the wonderful talent that we nurture but also the growing confidence of our students - this came to the fore in droves on Saturday afternoon. What utterly mesmerising performances! Working in partnership with the COINS Foundation , we will continue our vital work and raise much needed funds to further develop the provision for our students. We currently have two fundraising campaigns running, one for some outdoor play equipment to support sensory and regulation needs alongside the development of an indoor regulation space. Please see the click through links below for details. A huge thank you to the COINS Foundation for hosting the Sundial Festival 2022, raising awareness of our honourable vision and values, and bringing our community together in such a wonderful way! 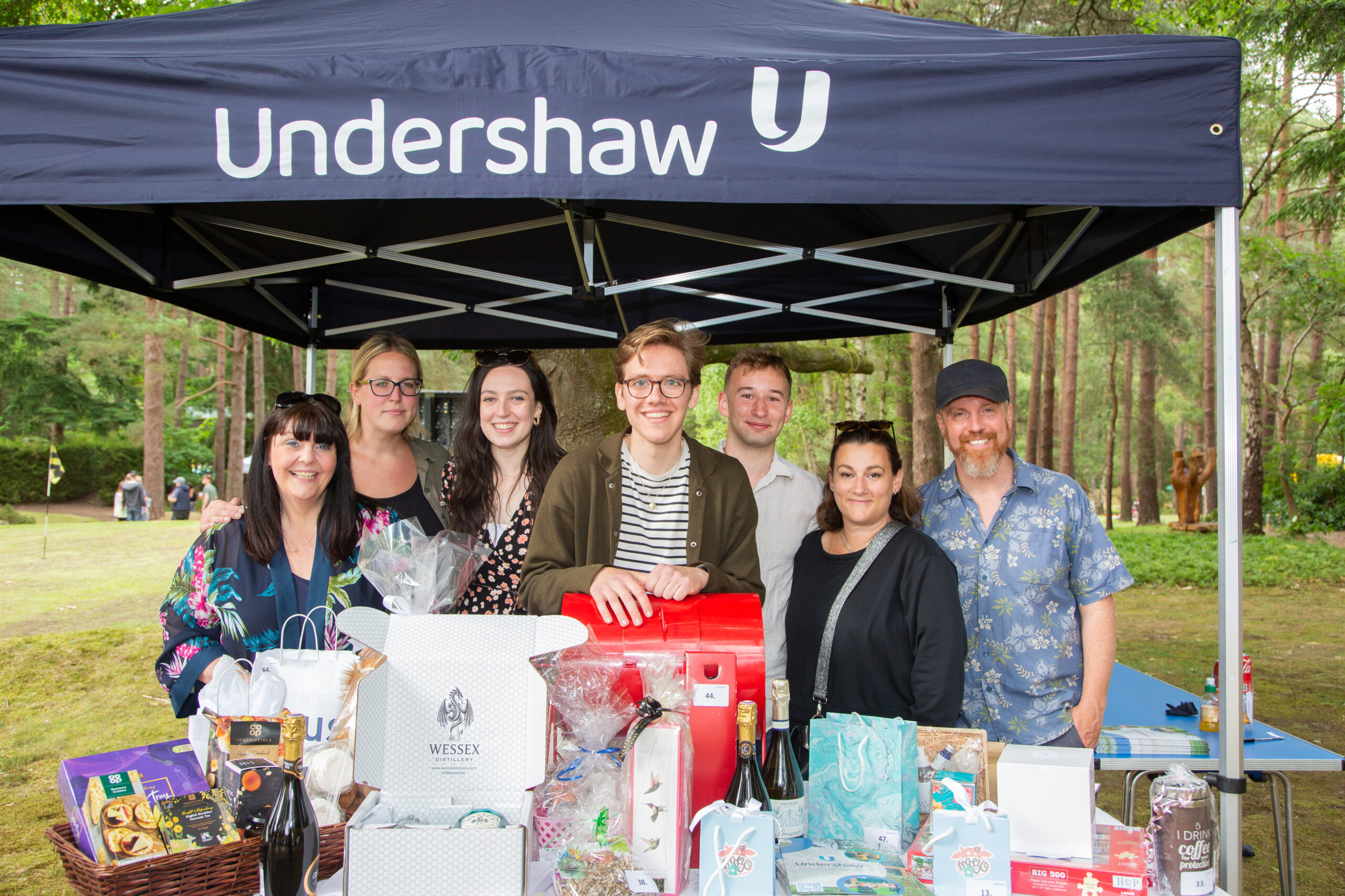 ”It was an immense privilege and joy to perform with all the students at Sundial this weekend. Every performer, from key stage two to four, did themselves proud both in their performance and in the way they worked. There is so much talent in the school, and I was so impressed by the leap in confidence these young people have made this year, performing in front of such a large crowd with dynamism, commitment, and passion. The performances were immensely varied, from the beautiful singing of the Undershaw Choir to a tender trumpet performance, to a student composition performed on voice and piano, to roaring rock classics from Pink Floyd, Blur and Queen. Regardless of the style, every performer gave it their all. They have all worked so hard to get here and throughout the rehearsal process they have all been so committed. They have been the perfect embodiment of the school’s core values-working with respect, resilience and kindness for one another and staff at all times. The album should be with us in a couple of weeks, and I cannot wait for you all to hear it. It will be something to treasure for years to come. I am already looking forward to next year and for many more performances in between. Thanks to all the parents for the support they give the school and to their children. They did you proud!

Undershaw’s drama teacher ‘du jour’ Stephanie Wilson tells of the immense levels of hard toil, joy, and dedication to the cause, from staff and students alike, when tasked with putting on a show:

“A Shakespeare performance for a summer festival?  I’m sure many expected something light- hearted like ‘A Midsummer Night’s Dream’.  However, it was the KS2 students who chose Macbeth – having explored it in their curriculum.  They loved the idea of being witches, murderers, moving bushes, and even sword fighters!  What student wouldn’t?!  And they also loved making their own props for this too – from the witches’ spell book to the bushes!  Thanks also goes to our wonderful new art teacher Chloe, who also stepped in for the last 3 weeks to support all of these students on stage. She was also instrumental in encouraging a very nervous Y9 student who frequently said she couldn’t do it, to find the confidence to appear on stage as a bush, a witch, a soldier, and a murderer, as well as playing her original given role as a messenger! Quite the feat and quite the success!

Our students in Year 8 were also very excited to be challenging themselves by taking on lead Shakespearian roles of Macbeth and King Duncan, trying different accents or voices for their characters. The actor playing King Duncan had never learnt lines before but suddenly he was the first in the group to come into school having learnt them and then further challenged himself by also volunteering to play Macduff.  Two roles! He did amazingly well. During every rehearsal the students were fully committed to practising and getting their parts polished to perfection.  We witnessed so much dedication and resilience during the rehearsal process, the giving up of break times and lunch times to get together and run through scenes again.  It became so much more than a theatrical performance for all of us involved.

It was a bit of a worry that with 3 weeks to go we still hadn’t found a Lady Macbeth.  Then I saw the amazing talent of one of our Year 7 students and knew he would be perfect for the part.  I was concerned it was too late for him to jump into the rehearsals but then caught myself and remembered I should never underestimate Undershaw students! He took the script home on the Friday and knew his lines by the Tuesday!  He loved it – I know he would like to be an actor one day and he really showed his natural ability in this area.

The most amazing aspect of this whole process for me was about these three lead actors and the extent to which I saw their confidence and creativity soar. At the beginning of the school year, each of these students would have struggled to learn lines and would be easily frustrated and upset if somebody missed a cue or said something wrong on stage – but here they were, performing for a crowd of a few hundred people, having learnt Shakespeare, and suggesting their own comedy lines to add to the performance, improvising and supporting each other – when a line was dropped, one of them covered it, they reacted to the audience, addressing them directly and leaving gaps for laughter and applause – there was plenty of that! The whole performance was just incredible!  They admitted they were nervous but excited too – a perfect balance in my book. It was so much fun to be performing alongside them and I was incredibly proud of what wonderful, energetic, and committed performances they gave. In reflection time afterwards, every student said they enjoyed it so much they would perform again.

”Although it was the first public performance that I’ve had the joy (and challenge!) to produce with my students, I can wholeheartedly say it was the highlight of, and a wonderful climax to, the end of my first year as Undershaw’s drama teacher. I look forward to continuing working with these wonderful students again and I know for a fact that there is even more talent yet to reveal! Watch this space!

To read a full write up about Undershaw at Sundial Festival, links to our fundraising priorities and our unprecedented fundraising total from our Summer Raffle please click here.

Every penny raised at Sundial will go towards our current campus projects to improve our setting for our current and future Undershaw students. Fundraising Spotlight: Indoor Regulation Space 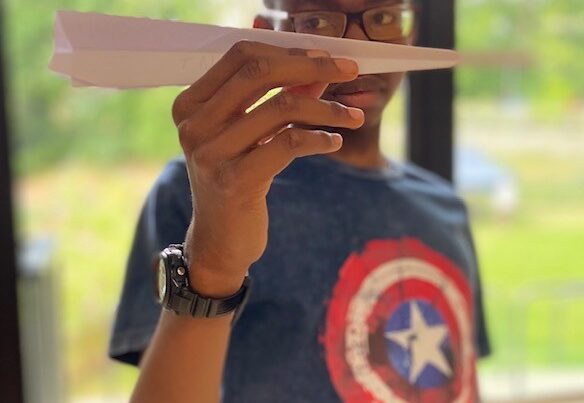 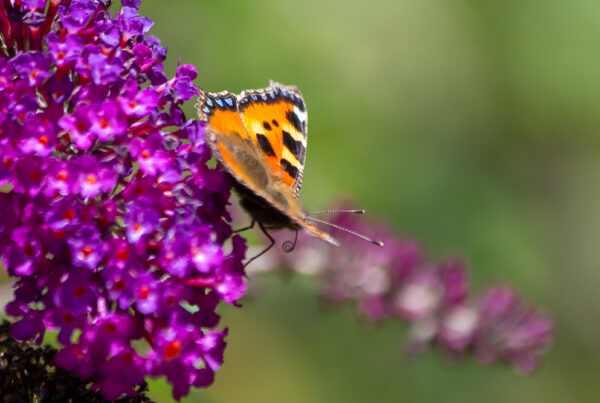 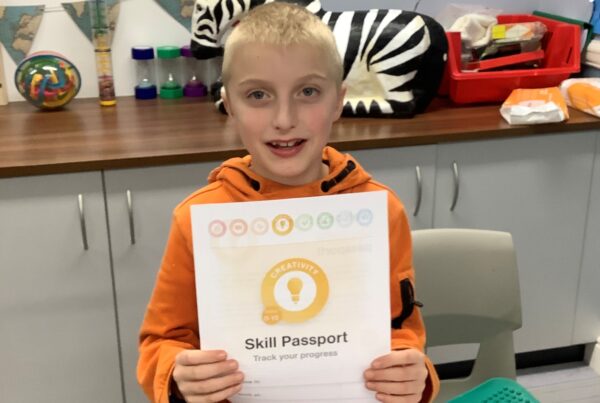 We use cookies on our website to give you the most relevant experience by remembering your preferences and repeat visits. By clicking “Accept All”, you consent to the use of ALL the cookies. However, you may visit "Cookie Settings" to provide a controlled consent.
Cookie SettingsAccept All
Manage consent

This website uses cookies to improve your experience while you navigate through the website. Out of these, the cookies that are categorized as necessary are stored on your browser as they are essential for the working of basic functionalities of the website. We also use third-party cookies that help us analyze and understand how you use this website. These cookies will be stored in your browser only with your consent. You also have the option to opt-out of these cookies. But opting out of some of these cookies may affect your browsing experience.
Necessary Always Enabled
Necessary cookies are absolutely essential for the website to function properly. These cookies ensure basic functionalities and security features of the website, anonymously.
Functional
Functional cookies help to perform certain functionalities like sharing the content of the website on social media platforms, collect feedbacks, and other third-party features.
Performance
Performance cookies are used to understand and analyze the key performance indexes of the website which helps in delivering a better user experience for the visitors.
Analytics
Analytical cookies are used to understand how visitors interact with the website. These cookies help provide information on metrics the number of visitors, bounce rate, traffic source, etc.
Advertisement
Advertisement cookies are used to provide visitors with relevant ads and marketing campaigns. These cookies track visitors across websites and collect information to provide customized ads.
Others
Other uncategorized cookies are those that are being analyzed and have not been classified into a category as yet.
SAVE & ACCEPT
Student
Parent
Staff
Term Dates
Upcoming events
Newsletters
Online and E-safety advice
The school day
Remote learning
Enrichment options
Recognising achievements
Image gallery
Alumni network login
Admissions
Term Dates
Upcoming events
Parent letters
Newsletters
Parent feedback
Pupil premium
Online and E-safety advice
Safeguarding
The school day
Remote learning
Enrichment options
Listening to parent feedback
Image gallery
Term dates
Inset days
Upcoming events
Email login
Cpoms login
Educare login
Evolve login
Twinkl login
TES Resources
National Autistic Society
British Dyslexia Association
Helen Arkell - Dyslexia
Trauma Support - Beacon House
PDA support & guidance
SEN teaching support
NRICH – Mathematical resources
Dyspraxia foundation